The Yiros Shop is home to Brisbane’s most iconic and authentic Greek eats. Founded in January 2015 came the first location in the notable James Street, Fortitude Valley, Queensland. The family-owned business set out to bring traditional Greek Yiros and other tasty Greek delights to its neighbouring areas.

DC Strategy spoke to the founder; Nicholas Mitrossilis about his exciting franchise plans.

Nick, can you tell us a little more about how The Yiros Shop started?

In 2015 it was my plan to deliver fast, fresh and traditional quality Greek food to Brisbane and its locals after noticing the lack of Greek cuisine in Brisbane. Coming from a hospitality background of restaurants and takeaway shops I was determined to bridge the gap. Having travelled to Greece, I basically lived off Yiros and other amazing Greek food I realised pretty quickly I could not buy the same quality back home. The popularity of travelling to Greece has also increased and more people are becoming aware of what Yiros actually is!

What led to the expansion plans of this franchise across Australia?

Popularity of our brand started growing immensely right from the get go. The demand for more sites became apparent quickly after the opening of our first site in 2015. Since then we have grown our network to 5 corporate sites and are planning to expand into the franchise world commencing early 2020. We regularly have customers travelling from all over spreading word of mouth and positive reviews just to try our food. It was these returning customers who have given us the encouragement and support we need for the next stage of our business development.

Where can potential new franchise locations be found?

We have already selected prominent sites around Queensland which are ready to be franchised. We often get asked through our customer base and social media sites to expand our stores into particular locations due to the popularity of our food. There are also opportunities to purchase existing sites. For a list of suburbs and locations please contact DC strategy for more information.

What are the perks of owning and operating a yiros franchise?

Freedom to be your own boss would be a standout perk of owning The Yiros Shop franchise, along with joining an established and performing business model. The support we can deliver to our franchisee’s is second to none and it will give our Franchisee’s a chance to share the same visions as what we do.

What’s the long-term plan for The Yiros Shop?

As The Yiros Shop has reached a franchising level with the growth and successes of our 5 corporate stores, it is time to share the ‘Flavours of Greece’ with everyone. Our plan on expansion will start with 2 new franchised sites being rolled out early 2020 in the inner city and northern suburbs of Brisbane. Following the opening of these sites we are looking to grow throughout Brisbane and both Sunshine and Gold Coast’s as a starting point. Opening franchised sites along the Eastern Seaboard will then commence, moving into other major cities in Australia. The careful selection of our Franchisee’s is imperative to choose the perfect people to join us along our journey. It will be with the help of these new The Yiros Shop family members to assist us grow a nationally and furthermore, internationally recognised brand.

For further information about The Yiros Shop franchise opportunity click on the button below. 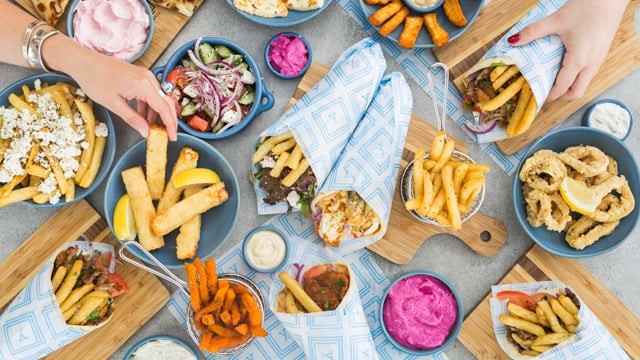